World of Kings Gold The World of Kings is a 3D MMORPG masterpiece where are dozens of 5-25 player dungeons and various PvP features including pushing carts capturing flags taking points and arena. How to experience the game better have fun here are some of my little suggestions as long as a few minor changes will be greatly improved game.

1. I definitely agree about smelting. Literally 95% of my crown and 85% of my diamonds (to convert to crown) are going towards smelting costs. 100k PER tier 3 crystal merge is nuts. That's not including the cost to get the tier 2 crystal and the cost of smelting on it's own. It's around 150k per smelting chance @ currently ~30% is almost 500k per ilvl on average. This is just not sustainable as ilvl's get higher with new Overlord dungeons and smelting chances decrease.

2. Stop opening new servers since most of the servers are dead. Server 5 consists of 1 guild and few more guilds with 15 or less active people. Maybe 300-350 people on the server.

3. Make PVP a group thing. Why can’t I get guildies to duel or go into 5’s or so BGs? Just make group and pug separate. Idc if it’s even rated.

4. Make raids actual endgame. OL’s come out and drop higher gs gear than the top end raid. Which then means I just have to smelt BIS to that gear level. Doesn’t feel rewarding I feel like I just have another chore. Which leads me to 4. 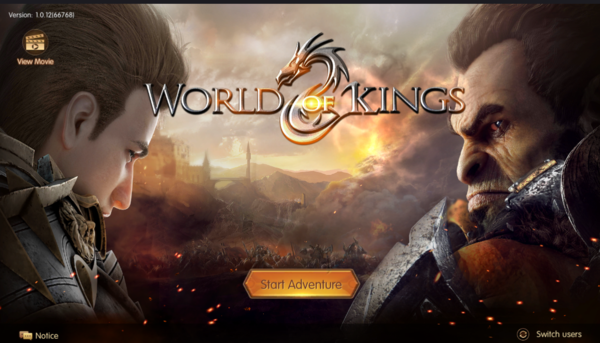 Also it cuts out the shitty feeling when someone who wasn't in the raid bids and wins something from it. Yeah you can track them and kick them from the guild but that equipment is still theirs instead of someone who made the time or effort to be there for the raid.

5.Buying raid loot at auction is good ONLY if you have a bunch of whales but even then it doesn't help the f2p or small spenders. I'd rather have the equipment than the tiny percentage of the sales you get.

Next: World of Kings with a huge world to explore